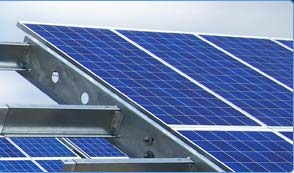 Future of Solar Energy in India

India is in a state of persistent energy scarcity with a demand-supply gap in total energy demand. This trend is noteworthy in the electricity segment that is greatly reliant on coal and other non-renewable resources of power.

Electricity consumption in India has been escalating at the rapid speed due to growth in population and economic development. India’s power faint is a prospect to expand sustainable energy solutions.

Passive Solar Energy is one where we amend our way of planning, generating and living our structures, actions and lives to finest utilize sunlight and its warmth. Active Solar Energy on the other hand is science and technology determined to capture the heat of the sun and recycle it at a time and in a form expedient for us – mainly as electricity.

According to the facts, the current Indian per capita utilization of electricity placed to be noticeably less at 778 kWh/year (2011-12 data) vis-à-vis the existing global consumption that stands at 2,875 kWh/year (2011-12 data). It is being predicted that at six per cent escalation in GDP would automatically show a nine per cent rise in energy demand.

There is elevated energy usage intensity per household in India, when evaluated with western counterparts also is evocative of the verity that the present wastage in India is a lot higher. This is something that requires tightening, combined with the growth of solar energy.

Solar Energy possesses incredible potential in associating India’s energy demand-supply gap in the future. There are diverse disputes for this industry, including lesser cost of production, growing R&D, consumer awareness and funding infrastructure. It is significant to conquer these challenges for speedy growth and mass implementation of the technology. Some of the instantaneous actions to facilitate growth are proficient execution of renewable energy certificates, utilization of carbon trading as a resource of profits, development of off-grid utilization in numerous applications such as cellular towers and cheering localized mini grids in localities that lack connectivity today. If these proposals work as planned, it is merely a matter before India turn out to be one of the world leaders in Solar Energy.

© Transition Solutions. All Rights Reserved (Terms of Use)
Developed and Managed by IndiaMART InterMESH Limited